Howdy! I made this illustration last week, and it ran in the Thursday, August 27 edition of the Bay Area News Group family of newspapers.

The excellent story by the always excellent Pat May can be read here. 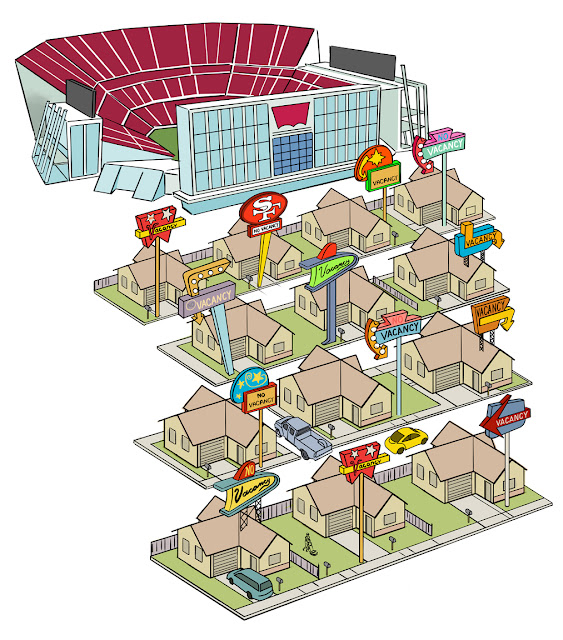 The brilliant design and vacancy sign was conceived and concocted by the always brilliant page-designer, Chris Gotsill. 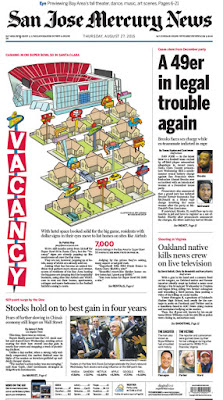 Drawn, as usual, in Manga Studio and Photoshop.

El Niño is in the Cards

So it looks like El Niño is locked and loaded, but what does it mean? What's going to happen? Heck if I know, I'm no expert. That's why you should go read the story by Paul Rogers at this link. But if I understand, it could be terrible, or it could be great, or it could be negligible.

Hm. Maybe the mystery is why they asked me to draw faux tarot cards for this story. It all makes sense now!


Only four of the cards were used in the print edition. The story relied on a report that was issued the day the paper went to press, so we had an idea of what was coming but the details weren't clear until the release. The direction and assessment of what the data means can be wobbly until the reporter and editors figure it out, so I have to be ready to chase the stick whichever direction it gets tossed.

One card was nixed, another couple of ideas were needed, one of those was nixed and the first nixed card was reinstated. That's how it goes sometimes with the breaking news stuff. I think it's kind of fun; if I didn't have that attitude, I'd be one large quivering ulcer, with glasses, sitting in front of a computer.

This illustration ran in the Bay Area News Group family of newspapers on Sunday, August 2. Here is the handy link to the excellent story by Matt O'Brien.


To sum up briefly: Shareholders try holding high-paid CEOs accountable when the companies they run fall in value. Most of those CEOs keep getting paid their hefty salaries no matter the misfortunes of the businesses in their care.

The likenesses attempted are of Marissa Mayer, John Hammergren and Larry Ellison. Ellison and Mayer are pretty well-known around these parts, so if I come close there's a good chance the informed reader will recognize them.

Sadly, John Hammergren has a lower profile, and only those who follow such things might know the name of the CEO of a pharmaceutical distributor; and fewer still would recognize his picture. Initially I drew only Larry and Marissa, but Hammergren turned out to be the lede in the story. Late in the game I was asked to fit him in there somehow.

Funnily enough, I had done a caricature of him a couple of years ago for a story about the highest paid CEOs in the bay area, so I was able to swipe his head off of that one and tweak it for this illustration. That saved me the small stress of wrangling with another caricature so close to deadline.

I made it, tho, and then the story was held for a week. That's the way it goes sometimes. No matter, it was fun to work on! Here is how it looked in the paper:

This is sometimes unavoidable, but I'm bothered by the juxtaposition of of the serious, tragic story on top, and my silly illustration right below. The horrific murder of Madyson Middleton brings such strong feelings of rage and sorrow. As a reader, my eye sees the goofy illustration below as a dumb joke told by someone (me) in an inappropriate time and place.

Like I said, it's news and different types of news will reside side by side as stories unfold, but sometimes the level of discomfort is escalated when the bad news is so disturbing. The small portrait of the beautiful young girl dominates and understandably so.