An Old Fragment of Something 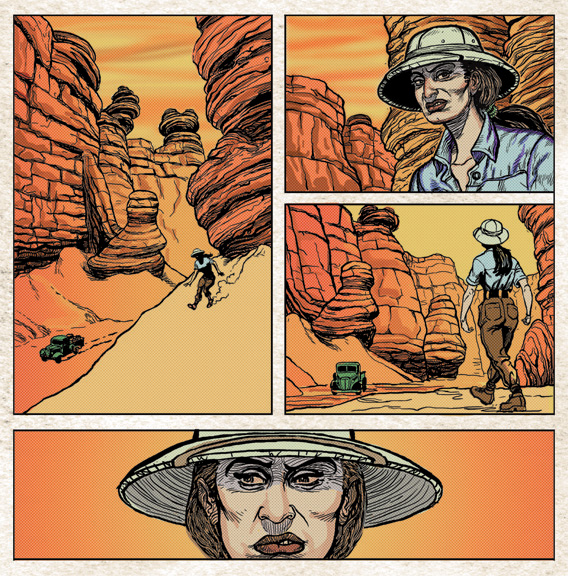 This is an oldie. I read somewhere that when drawing digitally-- in the traditional pen & ink style-- it was best to do so in bitmap mode. I started drawing the page above and couldn't stand it. I finished this one and another page but the jagged edges were far too annoying.

There was a larger story here, but I've lost track of it and I don't think I wrote it down anywhere. Typical. It wasn't a complete story but it was enough to give me the traction I needed to move from one panel to the next with an idea of where it was going. I can make stuff up as I go along but I prefer to have a structure of some sort to cling to.

I know she was an archaeologist searching for signs of civilization on the surface of Mars. On the next page she is attacked by Martian "savages," but the drawings aren't very good and I didn't get around to coloring them. 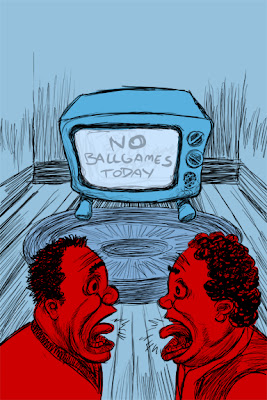 This is a preliminary rough for an illustration. The topic: addressing the dilemma of what to do on those days when there are no sporting events.
...I kind of like it. It's energetic and fun. Maybe I can persuade the editors to take it like this-- not just because I'm busy and it will be less work, but because it is different and energetic. I will try.
...Later: I am suddenly worried. Does it say "No ballgames today-- AAAAAH!," or does it say "No ballgames today, let's french kiss!"? I may have to re-think this one...
The End, For Now.
. 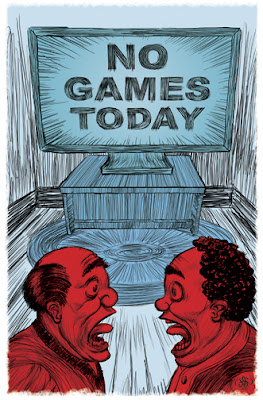 Finished. The television looks more like the TV ideal of today rather than cr0-magnon TV. Also, in my eyes, the men no longer look like they're about to kiss. You may feel differently.
...I redrew almost everything but I don't think I managed to totally kill the freshness of the first rough. I may attempt more illustrations in this style; the result did not look the way I thought it was going to look. Fun for me!

In the months leading up to the 2004 Olympics, the sports section of the Oakland Tribune ran a weekly feature about notable San Francisco Bay Area athletes who had participated in the Olympic games. It started with the first modern Olympics in 1904, then 1908 the next week, then 1912, and so on.


The writer, Jeff Faraudo, would work up short pieces on a local athlete, other notable Olympic performances or personalities, important world news of the time and another significant sports story that would have been in the headlines. I would then gather reference -- with some of the more obscure reference being provided by Mr. Faraudo -- then I'd create four or five drawings and arrange the layout.

This went on for, what? 20 weeks? I did dozens of drawings and it was a close shave at deadline every time. It was a long, hard road considering I had other duties and other illustrations to create. Long hours and extra effort in the middle of the night on the lime green iMac at home was the key to getting it all done.

I learned a lot about speeding up the digital drawing process and simplifying the drawing process. Even if I wasn't happy with every drawing -- and I certainly wasn't -- it was a trial by fire that increased my familiarity with creating art digitally.

(I'm going through some older work in preparation for rebuilding my website and I'll be posting a few that aren't too embarrassing...) 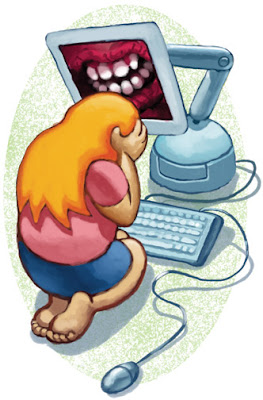 This was an illustration assignment for a story about online bullies. The bottom one was my first take on it, but the story turned out to pertain more to girls and the tone wasn't suited to the slightly sillier treatment. 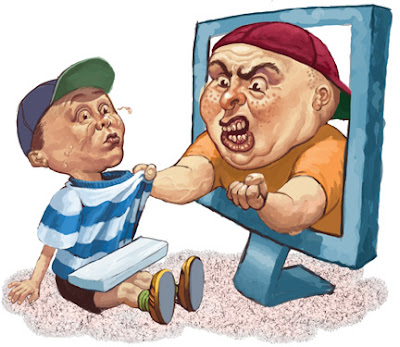 I'm going through some old stuff as I prepare to re-think, re-imagine, rebuild my website.
I found these two caricatures off in the corner: 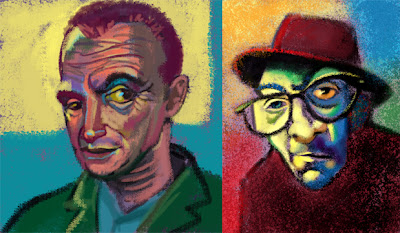 ...I don't recall what prompted these; they were mixed in with some of my newspaper work files but I'm sure they weren't for the paper. Maybe I just did them for the heck of it when I should have been doing something else.
...They look like they were done around the time I was trying to figure out how to get my digital drawings to look like pastel drawings-- I'm guessing because they seem to be more concerned with the manipulation of textures than with the drawing itself. All part of the learning process. 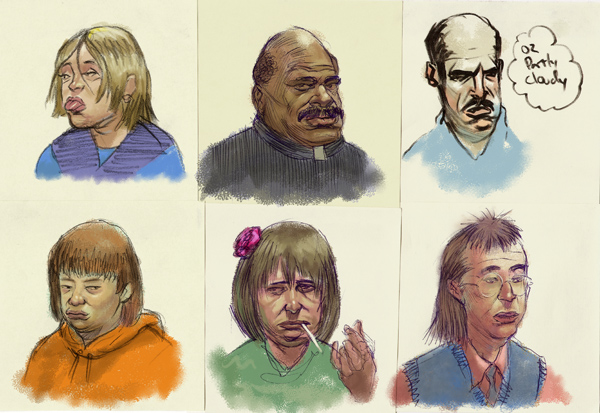 At work-- during long saves on one of the old computers or delays while waiting for something to print-- I occasionally doodle on the nearest scrap of paper or post-it note. I've been making a concentrated effort to invent heads of late, and these are a few of them.

These are drawn with pencil, marker and ball-point. I scanned them in and colored them this morning just for kicks.

Maggie In Her WIndow 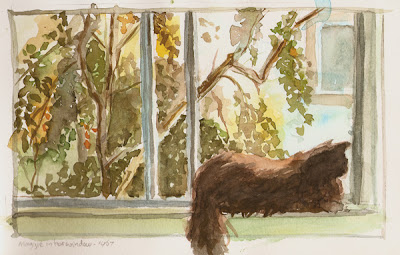 My thoughtful wife Tracy gave a watercolor moleskine sketchbook to me earlier this year and I've been slow to make the first mark in it. Well, I finally got there. While cleaning my drawing area-- a long process-- I painted this rather sloppy thing. Faithful cat Maggie held her pose for nearly an hour while I painted, cleaned, and painted more.