There hasn't been much time for personal art over the past few months, but I'm trying to get it going. No more laying in bed at bedtime and playing pinball on the iPad! Might as well get up and do something!

Scribbled up the little lady on the left and worked on her for 10 or 20 minutes at a time over a few weeks. I put the lady on the right in because the spot was empty.  I bashed her out in a few sessions over a couple of days. I had a little extra art-time due to a bout of insomnia brought on by a sick daughter who was up most of the night. Sure has made going to work hard this week but who needs sleep?

There is no real purpose to these drawings other than just play. I think of them as characters for a really dumb sci-fi fantasy show that will never be made.
at 1/15/2015 10:26:00 AM No comments:

A Window Into Art

Dude, I was stoked by the story topic for this assignment. It's terrific to learn that museums are stepping up to enhance the art experience. A year or two ago, at a museum I won't name, the ushers were going around asking people to put away their iphones, etc. Those poor ushers were extremely busy and watching them them harass the visitors over and over again brought down the museum-going experience.

Museums have been isolated, impregnable caverns of art for centuries, and they didn't seem to realize they were on the verge of being culturally paleolithic. It totally put me off. So, this story sounds like good news to me. It's by Patrick May and you can read it here. He does great work and is always worth the look.

.
After reading the proposal for the story, my first thought was of Rockwell's great painting, "The Connoissuer." I wanted to do a riff on that, and I imagined the character wearing his Google-glasses and toting his iPad. But his back is turned in Rockwell's painting, and straying too far from that iconic pose might have disconnected it.

My solution was to have someone offering him the chance to enjoy his modern painting in a new way. That might work!


Drawing the Norman Rockwell figure was a lot of fun, and when it came time to render the woman I had planned on taking a photo of my wife and working the image up in the painstaking manner of Rockwell. I roughed in a figure as a placeholder and started refining it. I was caught up in the task and an hour or so later I thought it looked good enough. No need to take a picture and start it all over again!

There was a bit of a rush toward the deadline, and the inclusion of the text boxes – representative of looking at the paintings through your Google Glass thing, or iPhone accompaniament – turned out to be trickier than I thought. I imagined it would be no trouble to plop them into the painting but it didn't look or feel quite right to me. I fussed with it, but it still came up a bit short, I think.

Had to wrap it up and send it down the chute, tho. No time to dally with it when the deadline doomsday clock sounds its menacing chime.

Just for kicks I'll post the paintings within the illustration below. Click and open in a new window for giant-size images!

To create the faux Jackson Pollock I went in search of Photoshop brushes made from paint splatters, and I found a bunch. I tried a lot of them but there remains the problem of repetition of splatters. If there are several spattery shapes that look the same, then they cease to look random. So it came down to just playing with the settings on a few brushes and messing around – layers upon layers upon layers – until it looked right to me. 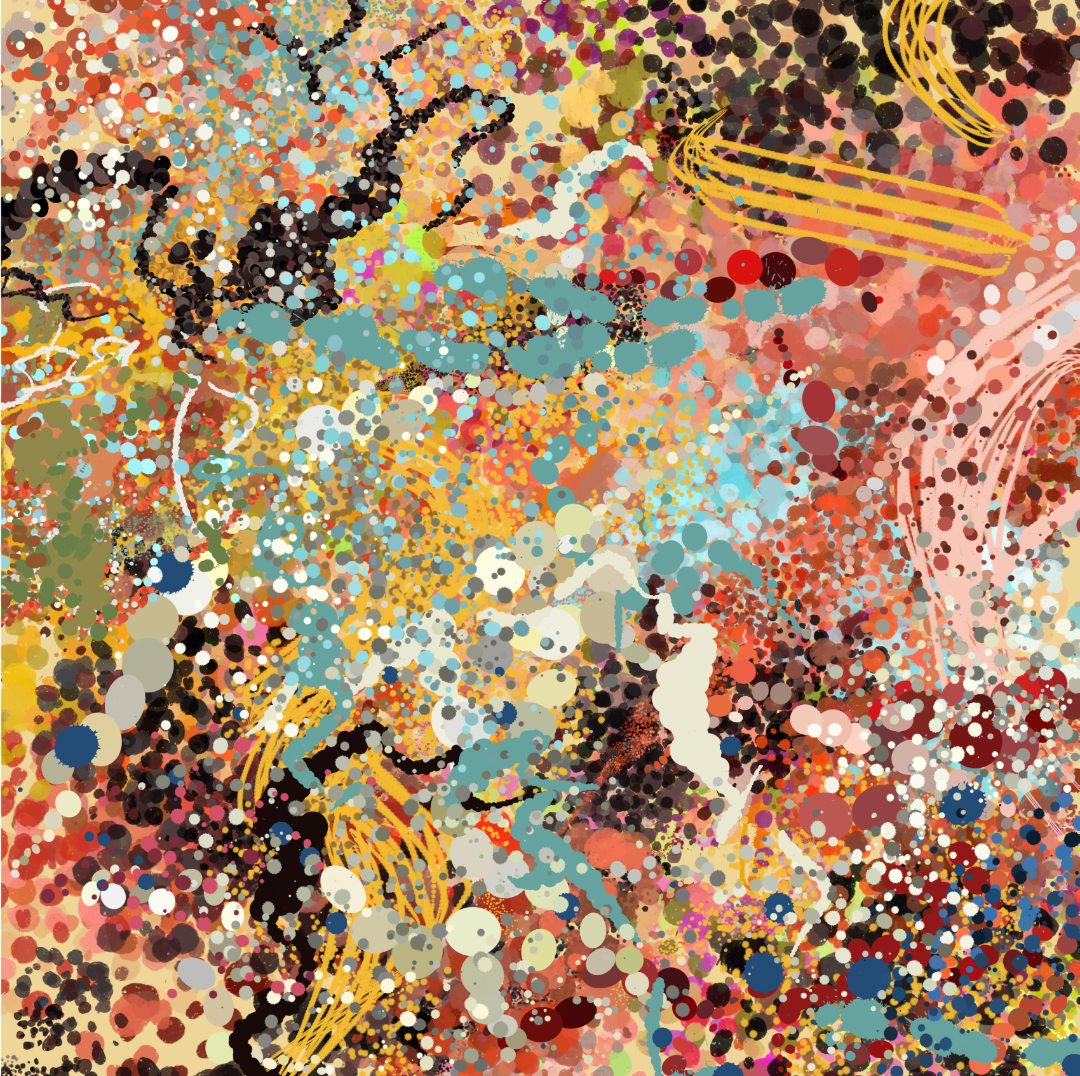 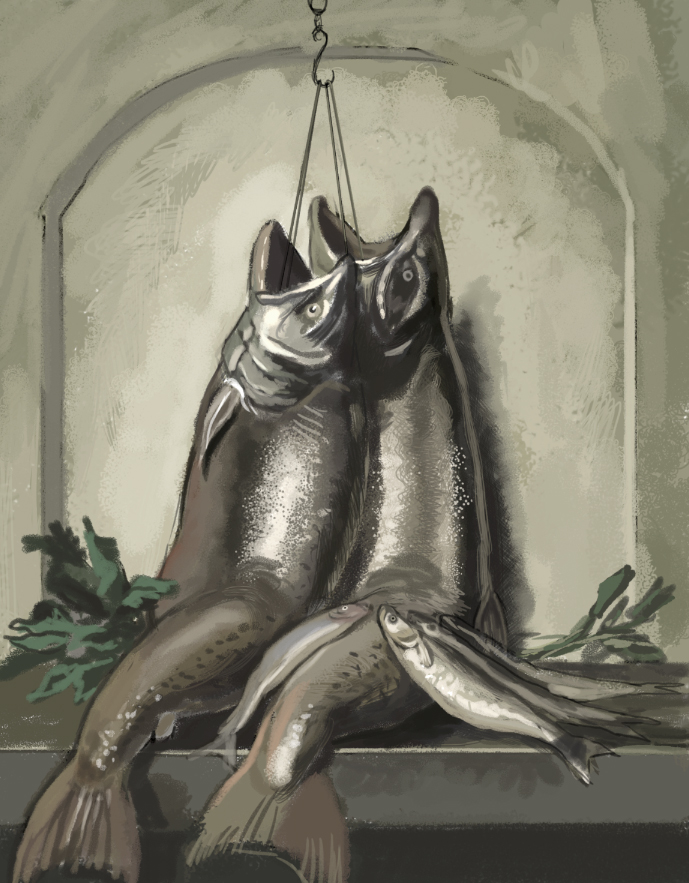 I resolved not to get too involved with it as a study, and began to paint at a small size, hoping to minimize the effort. But, after a short while, I blew it up big so that I could attack it properly. I was enjoying it too much to do a hack job on it! I don't know if it turned out that great but I spent a little extra time at home so that I could play with it for a little longer.

The whole illustration was a pleasure to create because I was able to work as Norman, as Jackson, as Samuel. It's like going to a costume party as three different artists!