Pandora's Box is in the mail

This illustration ran on the Bay Area News Group website and in print in their family of newspapers – Mercury News, East Bay Times – on Monday, March 4.

So, gene synthesis companies pretty much police themselves when it comes to who they send their product to. Sounds scary, but it sounds even scarier after you read this story by Lisa Krieger at the Mercury News website. 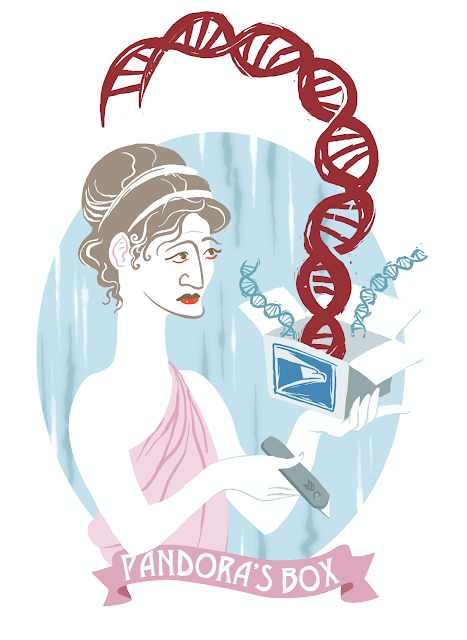 I created the illustration in Clip Studio Paint. We put the label across the bottom because we were uncertain the average newspaper reader would get it – Greek mythology might not be as in the mainstream as it used to be.

Seems the aging newspaper crowd would get it, while the younger readers might confuse it with the music streaming service. Why would they call it "Pandora" anyway?