I threw this effort together for a Matt Artz: Ace Reporter story about all that noise some folks are making about California seceding from the United States. Turns out it might be more trouble than it's worth – surprise, surprise.

Not too crazy about my Trump doodle there. He looked better early on, but toward the end I zoomed in and refined him until he sort of strayed from a decent likeness. Ah well. He's one of those characters that you don't have to have a perfect likeness to get the point across. I have a feeling I'll have to draw him again a time or two over the next four (8?) years. Plenty of practice ahead.

It ran on the Nov. 27, Sunday front page of the Mercury News, East Bay Times, Marin Independent Journal and looked like this: 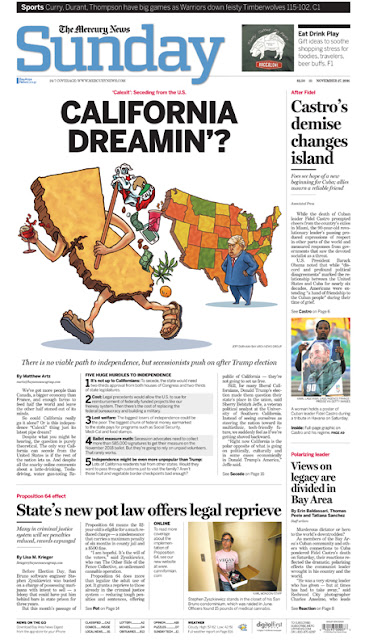