This was a cover I created for the San Jose Mercury News/East Bay Times NBA Finals Preview Section. I wasn't very fond of it when I did it but, half a year later, it looks alright to me. Initially I was going to do a drawing as I have in the past for the other Warriors Finals appearances, but maybe I was tired of drawing LeBron, Steph, etc. It's really remarkable that it was the same showdown four years running, but it seemed tedious at the time. 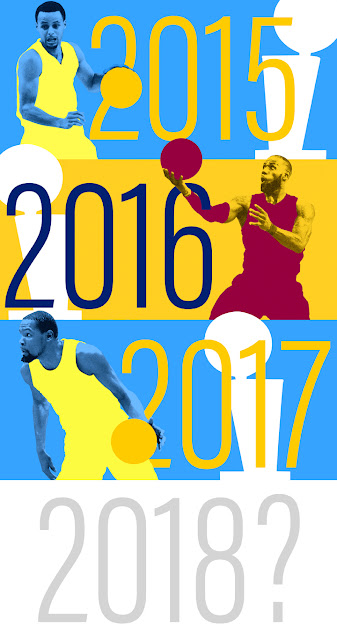 Top to bottom, I used the photos of D Ross Cameron, Nhat V. Meyer – staff photographers for the Bay Area News Group at the time – and AP's Morry Gash.

PS: Ha! I just found this in the folder with the cover image file – for a very short minute we were going to try to tie the Finals in with Star Wars somehow, so I came up with a quick collage rough for that. Clearer heads prevailed (as in wtf were we thinking?) and NBA Finals Episode IV was the sequel that never came to be. Probably one glance at Yoda Klay killed that whole idea. Gah. I like that Death Star basketball in the background, tho. 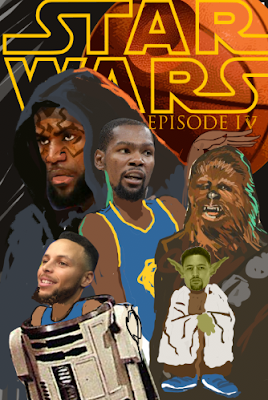